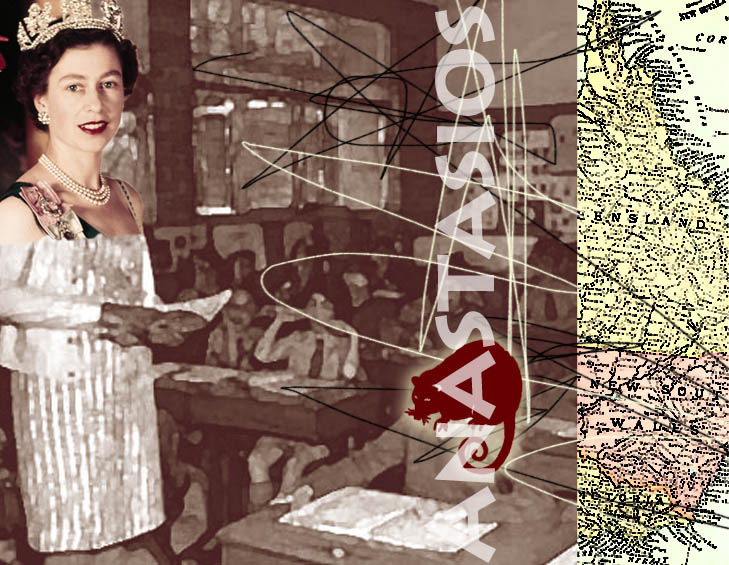 Sometimes you can be declared void ab initio. Invalid, from the start. On his first day of school, Anastasios had been dropped off by his mother and told he would learn many important things.

The morning started off well, with the teacher writing the children’s first names and surnames in large letters on a big piece of cardboard in a thick black Texta. The students were given small safety scissors and allowed to cut out their names. Anastasios loved using the scissors. He kept cutting until his full name was draped in his hands, like a small flag.

By the time recess came around every child had either a large or a small piece of cardboard with their name sitting on or draped across their desk. Miss Henderson was pleased with their progress. Anastasios thought school was fun and liked the tactile activities they performed. Miss Henderson opened her drawer and took out a small plastic box filled with safety pins. She went around and pinned each piece of cardboard to the student’s shirt lapel, so that everyone knew who they were.

‘Now I can identify all of you by name,’ said Miss Henderson.

Anastasios was too young to read his name. But he understood it was his name in English and he seemed to be familiar with it. He had seen it before.

He noticed that the Greek students had longer pieces of cardboard than the other students. Up until then, he hadn’t noticed any differences about the other boys and girls, except that some children from his street were also in his class. Trent Brown, an Aboriginal boy who lived two doors down from his house, sat in a row behind him.

The classroom was large and had four rows of desks, two rows for girls in the front and two rows for boys behind them. All faced the blackboard and teacher’s desk. The walls were covered in the English alphabet and numbers. There were also maps of Australia and New South Wales. Above the blackboard was a large picture of The Queen, smiling in a bright yellow dress with a wattle boutonniere.

Miss Henderson worked her way to his desk. She picked up the cardboard with his name on it and held it up.

He was proud of his cutting. It was very neat and straight.

Miss Henderson pinned it across Anastasios’ chest. To his dismay, the name tag was so long it twisted across his chest and fell to his side, trailing like a pin the tail on the donkey game gone horribly wrong. He looked like a strange marsupial roadkill with its tail forced to the front.

Some of the children laughed. He laughed too. It was funny. He noticed that as the names were pinned on each child, students with Greek names started to resemble the same creature. Long pieces of cardboard trailing to the side and back.

The bell for recess rang, three sort rings, followed by an announcement on the loudspeaker that all children could take their play lunch to the playground and have a short break.

Anastasios picked up his cardboard tail and followed the line of children, who were being shepherded by Miss Henderson in neat lines out of the classroom.

Marrickville Primary was a short walking distance from his home in Bronze Street. The school sat on a large parcel of land opposite the Malco Aluminium factory where his father worked shifts. On some afternoons, depending on the wind, a foul metallic smell from the Aluminium smelter drifted over the school and reached his home, where Anastasios played in his small backyard. The playground was covered in the familiar smell and even though it still smelt bad, it was comforting to him.

Anastasios looked around the playground and noticed that all the Greek children, clearly identifiable by their long appendages, congregated in groups. It was as though they had been classified into taxonomical categories. They seemed to be forming into groups based on their newly assigned limb. A bizarre ghetto. A separate biological group, with distinct features. It wasn’t apparent yet what the other groups would do. The nomenclature rules were in the process of being formed. At present, the family-group names seemed to have formed into a subgenus or species, codification assigned by Miss Henderson based on their given name and binomial surnames.

In the playground, Anastasios found Trent.

Anastasios followed him to the school rubbish bin. Trent tossed in his apple and sandwich. Anastasios threw his koulourakia and tiropita in too. They laughed and ran to the far end of the school, where they climbed the fence and sat facing south, in the direction of their street. Anastasios’ name tag dragged along the ground. It had become dirty and covered in Bindii and small leaves.

‘I liked cutting out. That was good.’

Anastasios saw that Trent’s name tag fit neatly across his chest and seemed to identify him fully. It was as if he had been labelled carefully as a museum exhibit, or had his identity stamped on him, to make sure he knew who he was.

By comparison, Anastasios’s name looked awkward and strange. Was it because he was small? Would he grow into his name?

‘Your mum cries a lot in the backyard.’

Anastasios didn’t know how to tell him that his older brother had died before Anastasios was born and his mother was sad. He said nothing. Both boys kept looking towards their respective homes, wondering where their mothers were and whether they were thinking about them too.

‘Wanna be friends?’ Trent asked. It was an offer.

An acceptance. A contract. The consideration would come later.

The bell rang, three short bursts, which they mimicked and laughed. A teacher called out to them to assemble and go back to class. They ran all the way back, Anastasios holding his name tag. They were separated in the line that formed into the classroom. The Greek children seemed to be slower at forming a queue, hindered by their name tags and instinctively gravitated towards the back.

In the classroom, Miss Henderson asked the Greek children to stand. About half the class stood. Anastasios noticed that his name tag was one of the longest.

‘Don’t worry. You’re not in trouble,’ Miss Henderson said, looking around. ‘I’m just going to give you new names. Ones that are easier to read and write. A name you will be proud of.’

On her desk was a pair of large gleaming silver scissors. They looked like Anastasios’ mother’s dressmaking scissors. Miss Henderson asked the Greek students to form a neat line next to her desk. The children gathered their tails and waited in line. The other students were given a colouring-in sheet to do.

Miss Henderson called the Greek students in the order they were in the queue next to her desk.

When it was Anastasios’ turn, he walked up to her desk. She held the scissors up high, showing him that she intended to use them. Anastasios didn’t understand what was happening.

‘Now, Ana-si-s, you mustn’t worry. We’re going to shorten this name of yours. Tidy it up a bit. It’ll make it easier for you. You’ll be grateful when you grow up. I think, Ernest, is a good, honest, Australian, name. It sounds a bit like your old name, doesn’t it?’

Anastasios didn’t speak. He wanted to tell her that he was also called, Tassos, Tasso, and his father sometimes called him Tassouli, or sometimes just Souli. He wondered if his parents could say Ernest.

‘Oh dear, what can we do with this surname?’

‘I think we will cut out this part.’ She pointed to the middle and end – the ‘phonos’ part.

Anastasios hadn’t learnt to write his full name before. Now he would never need to.

With that proclamation, Miss Henderson took the scissors and cut the ‘phonos’ part. It fell to the floor and lay around Anastasios’ ankles. It was like a formal opening complete with ribbon cutting. She unpinned the remaining part of his name tag and using the Texta crossed out Anastasios and in the margin wrote, Ernest. She also added an ‘s’ after the surviving Xeno.

‘Now pick that up, Ernest.’ She signalled to the newly excised ‘phonos’.

‘You can throw it in the bin, or you can take it home with you. I will talk to all the parents after school.’

Anastasios picked up the remnants of his slashed name and returned to his seat. He had been rechristened and renamed with Miss Henderson’s silver scissors. Anastasios means ‘resurrected’ and he had been resurrected by Miss Henderson ironically removing his name. He held the ‘phonos’ part of his name tag. ‘Phonos’ his ‘voice’ had been cut out. He tried to make a sound, but nothing came out. It was as though his tongue had been removed.

He was now Ernest. It sounded nothing like Anastasios or Tassos or Tassouli. He noticed the other Greek children with their shaved name tags all picking up their discarded names and walking back to their desks. One boy Haralambos – now Harry – threw his name into the bin, screamed, ‘Yeah!’ and curled his biceps into a muscle-man pose. The class laughed.

So easy to dispose of your name, as easy as throwing away your lunch.

What could a new name mean? Was Anastasios still connected to his dead brother? Would his parents recognise Ernest as their son? Would Ernest mourn the loss of Anastasios? Never to be resurrected. Was he a different boy? Another death.

That night his parents explained that Australians found it hard to pronounce Greek names and that his father’s boss had shortened his name too. It was easier that way. Everyone had to go along with it. His parents kept calling him by his Greek names at home. At home, he lived and was resurrected every afternoon as Anastasios, Tassos and Tassouli. When he was at school or with his friends, he was Ernest. Two separate identities.

Ernest thought it was exciting, like secret Greek business, one identity for home and one for everywhere else. Sometimes, no matter how hard you try, your Greek self comes out anyway. Sometimes, it’s better to keep your mouth shut, lose your voice and simply be Ernest.

Miss Henderson, his kindergarten teacher, had been right. 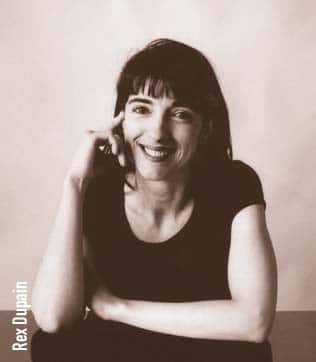 Effie Carr is a Sydney lawyer and author. Her first novel Stamatia X was published to acclaim in 2018. This is an excerpt from her second novel in progress.