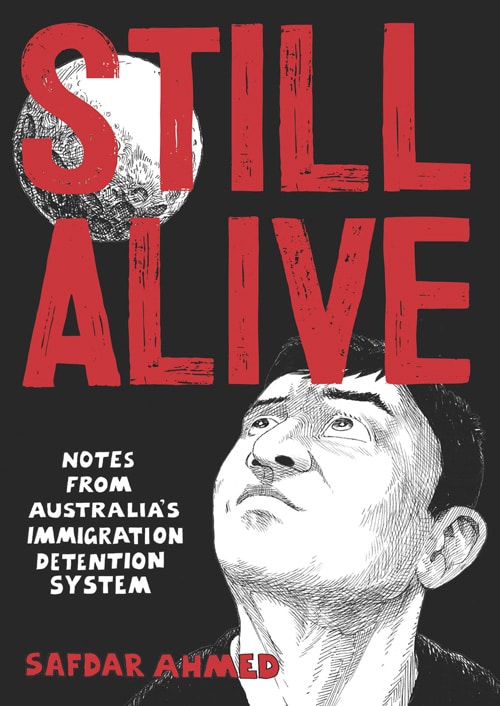 ‘What do you call what I am doing now? What is the name for it in English?’ asks one of the refugees sitting beside Mazhar, and across Safdar Ahmed, as he fiddles with tangled earphones.

‘Um, it looks like you’re unknotting or untangling,’ replies Safdar.

‘Untangling…’ the refugee repeats. Then, his eyes cast downward, fist on chin, he says, ‘This is what we are trying to do with our lives.’

Still Alive: Notes from Australia’s Immigration Detention System is a graphic novel that intertwines art and storytelling in a sophisticated way. Safdar Ahmed, a Sydney-based artist and educator, expertly untangles the stories of refugees from the Villawood Detention Centre in such a way that restores the humanity and agency of its storytellers, creating a historical document that gives voice to the voiceless.

It explores not only the experiences of the refugees in the Villawood Detention Centre, and offshore detention centres in Manus and Nauru, but also untangles the history of Australia’s racist, discriminatory, and inhumane immigration policies, and the physical, psychological, and dehumanising effects of these policies on refugees.

Ahmed reminds us of Australia’s racism against minority groups by exploring the term ‘boat people’ and how its usage shifted overtime in Australia’s political rhetoric. Safdar Ahmed writes:

…the term ‘boat people’ to describe refugees from non-European countries became a part of Australia’s political vernacular. It was first used for Vietnamese asylum seekers, who came between 1976 and 1981. Then it applied to people who came mostly from Cambodia, Vietnam, and southern China between 1989 and 1998. And more recently, people from the Middle East, Afghanistan, Sri Lanka, and Myanmar. The government cultivated a hostile stance towards such people. Connecting ‘boat people’ to national anxieties about untrustworthy foreigners.

Let’s unpack these anxieties by sharing story. Haidar was born and raised in Afghanistan. When the Taliban attacked his village, killing his eighteen-year-old brother and later his father, Haidar, his two sisters, and his mother sought refuge in Iran. ‘They would capture or kill young men from our village,’ Haidar says. ‘When I was 8 I saw the corpses of about 50 people who had been slaughtered.’

Life in Iran was not easy. Afghans were not given work rights and were not allowed to become citizens. They are discriminated against by everyone. Soon after arriving, Haidar was captured by authorities and placed in a deportation centre. He was only fourteen. Haidar’s mother begged Iranian authorities to release her son, and after paying two weeks of wages to release him, Haidar’s family organised for him to travel through Europe. First stop was Turkey, where Haidar was crammed with other refugees into a small truck and driven for thirty-six hours to Istanbul, and then placed in a small inflatable raft headed for Lesbos, an eleven-hour trip at midnight. Greece was next, then Italy, France, and finally, England. ‘For the first time since leaving, I was able to call Mum,’ says Haidar, as he recalls dialling home from his temporary housing in London. ‘She was so happy she couldn’t talk for the first minute.’

This is just the beginning of Haidar’s story. And it is a story that by no means overshadows the harrowing experiences of other refugees in Ahmed’s confronting record. Indeed, we learn how Hadi survived against all odds when the boat carrying him and other refugees headed toward Australia almost sunk in the middle of the ocean; how he survived after running out of food and water on the fifth day of their eight-day journey; how he survived in a boat with everyone covered in faeces, sweat, and urine, barely able to breathe. Upon arrival, all Hadi could think was: ‘[We were] exhausted… but grateful to be alive.’

What is striking about Ahmed’s graphic novel is that he relates these accounts unapologetically through the eyes of the refugees, evoking emotional responses from the reader through well-thought-out narrative and artwork that highlights the fear, isolation, loneliness, and despair of refugees. Ahmed gives refugees a voice. One that powerfully allows them to untangle their thoughts, make sense of their experiences, and, above all, find hope.

Interspersed within are glimmers of friendship and strength. We see Hadi rejoicing at the sight of dolphins as the boat reaches Australian shores, despite experiencing a storm and wondering if he’d ever see his mother again; we see Khadija, a teenage girl, persisting with her HSC studies, despite having restricted access to resources to complete her studies to a high standard; we see refugees like Amir banding together to donate medical equipment to Lorengau hospital in Papua New Guinea upon release, despite the horror he experienced while detained on Manus Island. By highlighting these instances, Ahmed brings to light refugees’ humanity and agency. As one Sri Lankan Tamil, states: ‘They have to realise we are human beings who need dignity and respect.’

In Safdar Ahmed’s own words:

There’s a problem in the way refugees are framed, and the images that are circulated about them. Why are they always portrayed as victims? What does that say about how we see them? Refugees are expected to appear grateful for any support they receive. So that any expression of anger or frustration makes them seem unworthy. Which places them in a subservient role. But there are no ‘good’ or ‘bad’ refugees – only people who deserve basic rights.

These stories are being untangled right before our eyes. They are real. They are Australia. 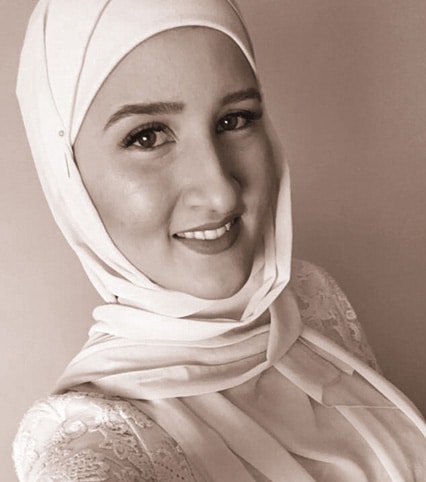