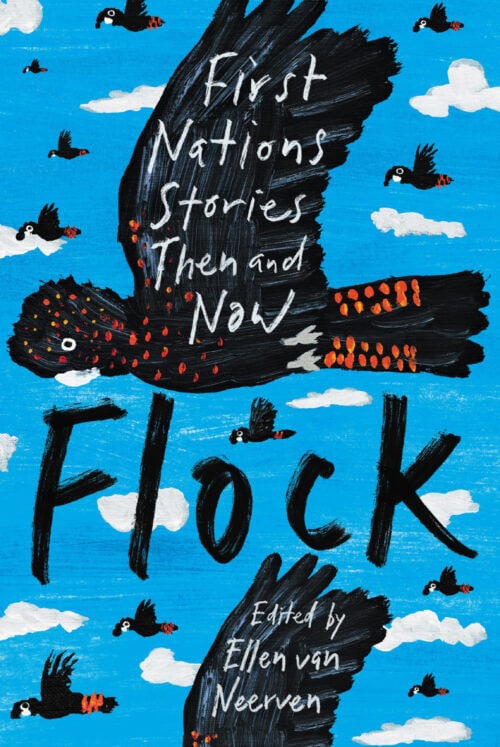 Flock: First Nations Stories Then and Now, edited by Ellen van Neerven, is a collection of previously published short stories showcasing the talents of Aboriginal and Torres Strait Islander writers spanning the past 25 years. In the introduction van Neerven notes that the title Flock is carefully chosen, in part, as an acknowledgement to an Aboriginal literary giant, Kerry Reed Gilbert, who nurtured writers through the First Nations Australian Writers Network, which she co-founded and chaired.  ‘We all have our own pair of beautiful wings,’ writes van Neerven, ‘but we fly together in formation. Together we are stronger. We flock together.’ This is what the collection exemplifies, the unification of Indigenous stories, of reclaiming identity, stories and culture.

The stories are varied and range widely in theme, from community, spirituality, connection to country and heritage destruction. Some stories address social, historical and cultural matters unique to Indigenous people. Others are just well written stories without a specifically First Nations perspective.

Wildflower Girl by Alf Taylor is set during Australia’s colonisation when mothers had their children stolen by troopers. In this poignant story Mother Nature lured the Indigenous mother into country to pick wildflowers, demonstrating the way connection to country was used against the community to sever connection to family and land. Cloud Busting by Tara June Winch is, on the surface, a light-hearted story about a mother who aspires to buy pots from a travelling salesman. Yet it has a sad undertow of grief as an unexpected friendship bridges racial lines and offers healing. Born, Still by Jane Harrison is a meditation on universal aspects of ill-fated relationships and grief after a stillbirth.

Archie Weller’s Shadows on the Wall is a gritty tale that explores masculinity and violence in incarceration. Three men share a cell in an outback jail, each one betrayed and broken, seething with resentment and loss, coping with the reality of their lives by escaping in different ways and not realising how much they have in common. It’s a sobering reflection on the lasting legacy of the Stolen Generation.

In Waltzing Matilda by Herb Wharton two Indigenous men droving horses in the outback set up camp under a coolabah tree. As they spin yarns beside the campfire, they examine the lore of the Jolly Swagman and the song ‘Waltzing Matilda’, acting as a metaphor of the Indigenous and non-Indigenous sense of country. One character observes that ‘People don’t belong to land no more, the land belong to people, and the animals too.’ As they untangle the Jolly Swagman’s accusations of theft, so the reader is primed to examine their relationship to country. While in Moama, Bryan Andy crafts a love story about two men and their enduring connection to land.

Two cousins are on a road trip returning to their ‘tribal country of their Wakka Wakka forebears’ in The Release by Samuel Wagan Watson. Watson is a poet whose picturesque and delicate style paints a picture of grief and loss as the cousins exemplify the lives of Indigenous men, one choosing the city, the other the outback, their bond torn asunder by addiction, against the backdrop of specters that haunt the night.

Each City is speculative fiction in which Ellen van Neerven tells a story in which Indigenous people are reclaiming their right to land, and are surveilled and exiled as they fight for their rights. This sharp, haunting read is an echo of the struggle during colonisation to demonstrate the lived reality of Indigenous people that is still experienced today.

Rodeo Girl by Michael Torres delves into the hidden world of rodeos in a battle between stockmen who are of the land and the professional urban cowboys who only care about the prize money. When Rose, a female stockman, arrives into this world, she challenges both sides.

Split by Cassie Lynch takes the narrator into a space between past and present, a reminder of the land that was reshaped and renamed by colonisers.

In Honey, a deliciously thrilling story by Adam Thompson, two men, one black, one white, travel the land rehousing beehives. When one finds Indigenous artefacts on the ground, it brings to the fore a troubled erasure of original habitation due to fear of land rights claims, demonstrating rife prejudice and ignorance.

Gayle Kennedy crafts a beautiful story of redemption and healing in The Golden Wedding Anniversary. Reflecting on a couple celebrating their fiftieth wedding anniversary, the author brings to the fore the prejudice, brutality and violence this inter-racial couple has been subjected to. Melanie Saward’s Galah is a heartbreaking story about broken people searching for belonging and healing, and finding exploitation and pain.

Finally, there are masterful storytellers like Lucashenko and Birch whose offerings are powerful and illuminating. In Dreamers Melissa Lucashenko uses her signature style of broad brush strokes that craft visceral images, in a story about a woman finding a home on a farm that shows the unforgiving nature of the Australian landscape. Tony Birch’s Frank Slim is a delightful story about the dark criminal underbelly and the resourceful women who survive them.

This is a collection of great fiction that illuminates and entertains, while enrapturing the senses and touching the heart. It was a privilege to read, ruminate, and learn. 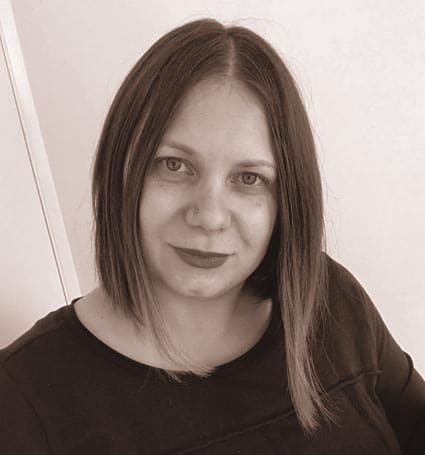 Amra Pajalić is the award-winning author of Sabiha’s Dilemma, Things Nobody Knows But Me and the short story collection The Cuckoo’s Song. www.amrapajalic.com/